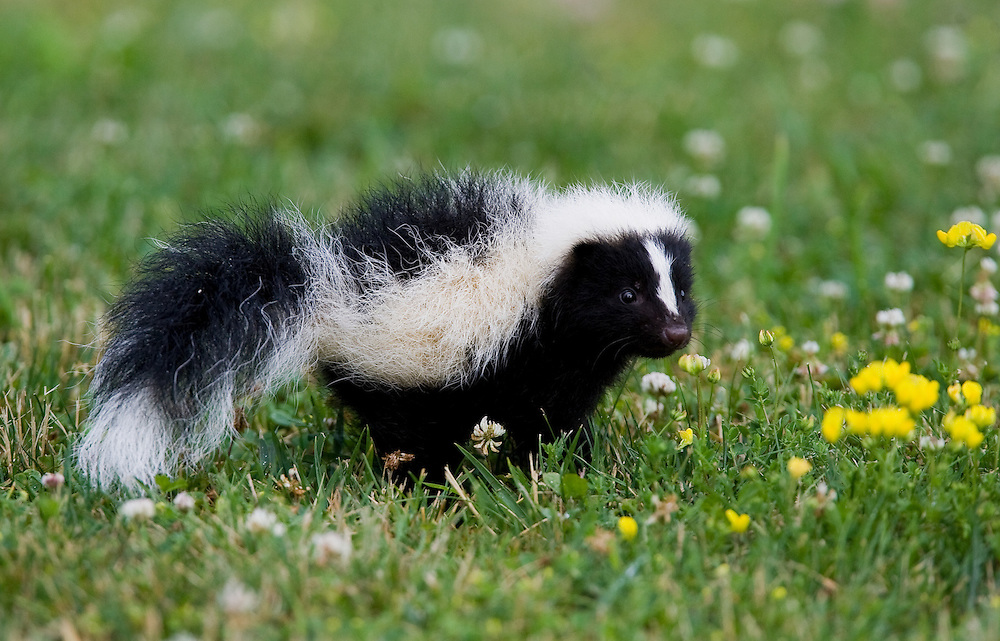 Be imitators of God, therefore, as dearly loved children and live a life of love, just as Christ loved us and gave himself up for us as a fragrant offering and sacrifice to God. (Eph. 5:1-2, NIV)

To those who are perishing, we are a dreadful smell of death and doom. But to those who are being saved, we are a life-giving perfume. And who is adequate for such a task as this? (2 Cor. 2:16, NLT)

Did you take a shower or bath this morning or last night?  Why?  If you really get down to it, most of us shower not so much for purely hygienic reasons, but because we don’t want to…well…smell!  No one wants to walk around stinking.  I’ve been in a closed car with passengers who were from the street or who were homeless and I must say, at times the smell was nearly unbearable – especially in the colder time of the year when the windows couldn’t be put down.  It’s not pleasant!  A little sweat if you’ve been playing basketball or some other sport is one thing, but the odor of a human body that hasn’t been washed perhaps for a few weeks can be overpowering.

There is a story about a time that Dr. Lyman Beecher had received a letter which was critical of him, and when he was asked about why he didn’t reply to the letter, this is what he had to say: “One evening as I walked through a field toward my home, I encountered one of nature’s most undesirable of all creatures. I had several books in my hand which I began to throw at the creature. Unfortunately, the result of my actions was a horrible smell produced by that animal—a skunk. I determined that such an animal should be left alone.”

To a large extent, how we respond to situations determines whether or not we give off a life-giving perfume or the rotting smell of dead flesh.  There will always be unbelievers (those who are perishing, according to the 2 Cor. 2:16 passage above) who will find anything to do with us to be offensive (because we carry a message that they don’t want to accept).  We can’t compromise that message.  But how we deliver it can also either be sweet smelling, or downright repugnant.  Dr. Beecher understood that it was his actions that caused the skunk to release its powerful odor.  He could have ignored the creature, but his own actions were hostile and elicited the release of “skunk perfume.”

If we choose to respond to attacks and criticism in a fleshly, non-Christian way, only evil will result.  Even if we respond in a Christian way, we may still be persecuted and the persecution may increase.  But at least if we respond as Jesus would have responded, we will present ourselves as a fragrant offering and sacrifice to God.  And after all, isn’t He who we want to please?

Let’s not be vindictive and small minded.  There are greater things at stake than just our own comfort.  Jesus took the nails – the least we can do is take some criticism in a God-honoring way.

PRAYER: Our nature, Lord, is to strike back any time that we are hurt, criticized or offended.  Let us learn to place all such things at your feet and trust you to deal with them in due time so that we may present ourselves to you as a fragrant offering!  In Jesus’ name, Amen.

DayBreaks for 4/24/17: Fearing the Stink We Miss the Glory

Note: Galen is traveling this week.

From the DayBreaks archive, April 2007:

One of my very favorite stories from the bible is the story of the raising of Lazarus in John 11.  It has all the elements a great story should have: drama, passion, a villain, a hero and a happily-ever-after.  What’s not to like about this story?

Yet, you recall how it goes: Jesus has been out of town, and his good friend falls sick.  Mary and Martha, Lazarus’ sisters, send someone to Jesus so he can come and heal Lazarus of his illness.  The messenger reaches Jesus, but he intentionally delays his return.  By the time Jesus gets back to Bethany, Lazarus has been dead and in the tomb for 4 days.  The sisters aren’t too happy with Jesus for not coming sooner, but Jesus leads them out to the tomb.  In John 11:39, the sisters, after Jesus asks for the stone to be rolled away, complain: Lord, already there is a stink because he has been dead four days.

Jesus responds: Did I not tell you that if you believed, you would see the glory of God.

It will stink.  “Over and over again we are stopped by the repulsion of the stink, even when Jesus is offering God’s glory.  To live lives of faithful worship, to cultivate God’s imagination for justice, to trust Jesus Christ to do a work of liberation and transformation means there will be times when our noses will be filled with the stench of human need and evil.  But far more profoundly, we will also have glimpses of the glory of God that can set the captives free.”  – Mark Labberton, The Dangerous Act of Worship

How would you have felt if you were one of those who was asked to move the stone? Would you have drawn back in repulsion and said your back hurt so you couldn’t help move it? If the stone hadn’t been moved, would Jesus have raised Lazarus?  I don’t know.  I suspect he might have.  But I don’t know that.  But wouldn’t it have been a shame if the stone hadn’t been moved and God’s glory had been blocked by a human fear of smell?

How often have I been afraid to go somewhere with Jesus because I was more concerned about the “stink” than about the glory of God?

PRAYER: Take away our fear of the scent of sin and death so we can see Your glory, for it is in the darkest and most foul places that Your greatest miracles are wrought.  In Jesus’ name, Amen.

A mother tells a story of how her daughter used to work for a pizzeria.  At the end of the daughter’s shift, Mom would pick her up from the pizzeria.  There was only one problem: when her daughter would get into the car she’d smell so much like pizza that often times Mom would go back into the store and buy a pizza.

I see in this an analogy of our life with Christ.  When we give our life to him, when we spend much time with Christ and seek first to live for him; when we let His love, grace and forgiveness wash over and permeate us, then we’ll have the aroma of Christ surrounding us in our daily lives.  His love will spread and shine through us for others to see and breathe in. And when we live like that, our lives become an invitation and others will be compelled to seek him and ask questions about our faith.

When is the last time your life compelled someone to ask you about your faith?  If it hasn’t happened for a long time, perhaps it’s because we’ve not spent enough time in the presence of the Master.

PRAYER: Let us draw so close to you that the sweet aroma of Jesus’ love is so present in our lives that it cannot be ignored and others are compelled to investigate the Lord of Life!  In Jesus’ name, Amen.

If you wish to help support Galen and his work with iam2.org, please mail checks made payable to “iam2 Partners” to this address: 3678 Creekstone Drive, Norcross, GA 30092, or go to http://www.iam2.org to donate (one time, or recurring).  Thank you!

John 8:7 (NIV) – When they kept on questioning him, he straightened up and said to them, “If any one of you is without sin, let him be the first to throw a stone at her.”

Max Lucado tells a story (I think it was a made-up story, but I don’t know for sure) and said that one day his wife brought home a monkey. His daughters were thrilled but he wasn’t; he had all kinds of questions. Where was the monkey going to eat? His wife said that it was going to sit at the table and eat with them, just like the rest of the family. Then he asked her where it was going to sleep? And she told him it was going to sleep in their bed. Then he asked, “But what about the smell?” And she said, “Oh, he’ll get used to you, I did.”

Then Max drew the lesson out of the story as he always does: “Before you comment on the odor of someone else, check your own odor first.” That’s what Jesus meant when He said, “Let the one who is without sin cast the first stone.”

Unity must start with us and our own personal relationship with Christ. Before we can live in unity with others, we must first be one with Christ. Our lives have to be knit together with His life through faith.

And as it pertains to judging others, we are well reminded to check our own odor first!

PRAYER: Jesus, let us be one with you in unity and purpose!  And let us not grow to be at peace with the odiferous aspects of our lives, but live humbly and in recognition of our sinfulness at all times!  In Jesus’ name, Amen.

I Am 2 is now engaged in a project to provide temporary shelter, food, water and adult care to 37 orphans in Migori, Kenya.  We are trying to raise up an army of compassionate people who will each contribute whatever they can – even $5-10 each, to help us provide care for these children until our partner in the project, BrightPoint for Children, can secure sponsorships for these 37 kids.  If you want to contribute, follow this link and scroll down to find the “Donate” button: Help the 37 Migori Orphans