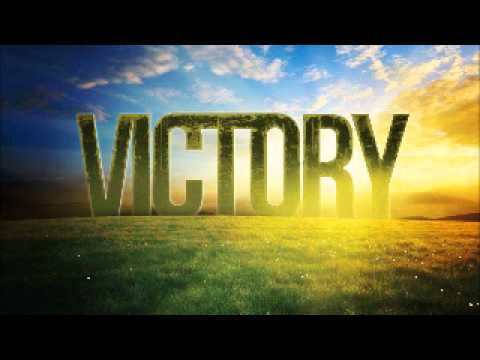 The final words of Jesus from the cross have often been misconstrued.  Some movies have pictured Christ, with uplifted eyes, croaking out softly, resignedly, “It is finished” and then bowing his head and dying.  I don’t believe that is an accurate picture at all, and here’s why: when we compare the four gospels we find a very interesting thing. The other three do not tell us that Jesus said, “It is finished.” But what they do tell us that he died with a great shout upon his lips.  John doesn’t speak of a great shout, but instead tells us that Jesus’ very last words were, “It is finished.”  We can safely conclude that the great shout and the words “It is finished,” are one and the same thing.  In Greek, “It is finished” is one word — tetelestai — and that’s what Jesus shouted.  It was no meek or resignedly defeated word that he spoke.  He didn’t say, “It is finished,” in weary defeat; he shouted it out just like a person shouts for joy because the victory is won!  He seemed to be broken on the Cross, but he was NOT!  He was victorious on the cross!
Just in case you think I might be wrong, there’s another strong clue that makes this concept even more certain.  John says that Jesus bowed his head and gave up his spirit. The word that John uses is the word that was often used to describe someone setting their head back upon a pillow and entering into rest.  For Jesus the strife was over and the battle was won; and even on the Cross he knew the joy of victory and the well-deserved rest of one who has completed his task and can lean back, content and at peace.

What a wonderful picture – not of a quiet, broken Jesus on the cross, but of one who knows that it is finished, that it has been finished well, that it will never have to be repeated again.  The price for my sin has ALL been paid!

Do you believe that? That everything that it took for you to be saved and forgiven is finished? That there’s nothing more that you can add to make it more sure? That there’s nothing more that God needs to do for it to be true? That you, too, can rest your head knowing that it is all finished? Maybe the next time we get discouraged in our walk and relationship with Jesus, we would do well to shout out, “It is finished!”

PRAYER:  Will we ever really grasp the victory that was won on Your cross, Lord?  We hang our heads in shame that you had to pay such a price for us, yet we lift our eyes to you in gratitude and wonder for your love.  May we echo your words, “It is finished!” regarding our sinfulness.  In Jesus’ name, Amen.