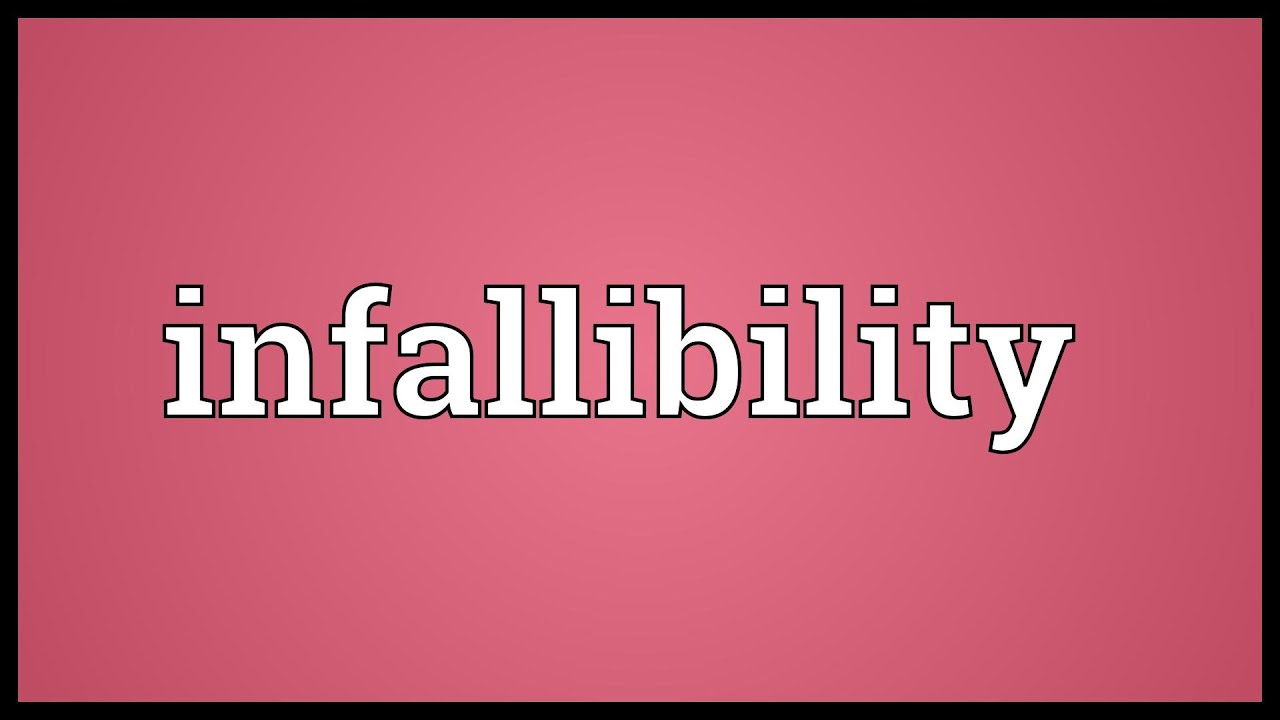 DayBreaks for 8/28/17: Humans and Infallibility

There is something about us humans that just loves certainty.  We’re not keen on the unknowns. We struggle with it and are uncomfortable if we’re not sure about things.  We even have actuarial tables that deal with probabilities. Insurance companies use them to decide who and what to insure and what to turn down.  Sure, they don’t know for sure when anyone will die or have an accident, but they have calculated the odds and are willing to risk money betting that you won’t die prematurely (i.e., before they get their money’s worth out of you.)  We speak highly of those who are so self-confident and sure of themselves.  They project an image of infallibility that we find comforting – and so they are the kind of people that others willingly and eagerly follow – the certainty they possess makes them seem safe.

And so, when it comes to God and what we believe about Him, we would like to have certainty – or at least a bit more certainty than we naturally have.  Some people choose to not believe in God because His existence cannot be “proven”,  only speculated (albeit with lots of good reasons, in my opinion!)  No one has seen Him, many claim to have heard from Him, we blame things on him (even in insurance contracts) when we refer to them as acts of God.

So, what about certainty in what we believe?  I hope you won’t take this wrong, but in some ways, I’m less certain about things I believe than I once was.  By that, I don’t mean the existence of God, the divinity of Jesus, the reality of the Spirit, the reliability of the Bible, etc.  I believe in all those things, and as I get closer to the end of this planetary journey, I find my faith in those things grows stronger and stronger each day.  What I am talking about, though, is the degree of confidence I have in my own judgment and understanding.  When I was younger, I was very self-confident. I was part of a very legalistic religious tradition that, although they would have denied it, seemed to believe that Godliness was next to rightness – that you had to believe according to a long list of doctrinal positions on everything from card playing to dancing to co-ed swimming to the millennial questions, etc.

And for a while, in my foolish younger years, I thought I had all the right answers.  I’m so grateful that God is merciful and forgiving of such preposterous foolishness.  In his book, Hearing God, Dallas Willard talks about this kind of thing in relation to “hearing” God and our level of certainty with what He is saying and wants us to do: Of course, you could still be wrong.   God does not intend to make us infallible by His conversational walk with us.  You could also be wrong about most of the beliefs on which you very successfully base your life.  But you are usually correct.  You could also be wrong in believing that your gas gauge is working, that your bank is reliable, that your food is not poisoned.  Such is human life.  Infallibility, and especially infallibility in discerning the mind of God, simply does not fit the human condition.”

How many times have I had someone tell me that “God said He’s going to do this-or-that,” only to find out that He didn’t do it.  It’s sometimes enough to make you wonder who or what they are hearing.  We need to be cautious when we talk about how we’ve “heard” God tell us something.  Do I believe He can and does from time to time?  Absolutely!  But much is ascribed to God that I don’t think He ever said.  If it’s in the Word – count on it – if you keep it in context.  If it’s just in your head – be wary until God has confirmed it through the Word or through other means.  Telling others that God has told us something, only to not have that thing happen, can cause them to lose confidence in His existence.

God invites us to listen to Him.  It’s the right thing to do.  Just be careful about what voice you’re really hearing.

PRAYER:  Thank you, Lord, that you do desire to not only hear from us, but to talk to us.  Help us to recognize you voice and not to read our own wishes and hopes into situations, but to trust you to reveal your holy and perfect will in due time.  Keep us from deception that we may walk in the pathway of truth.  In Jesus’ name, Amen.