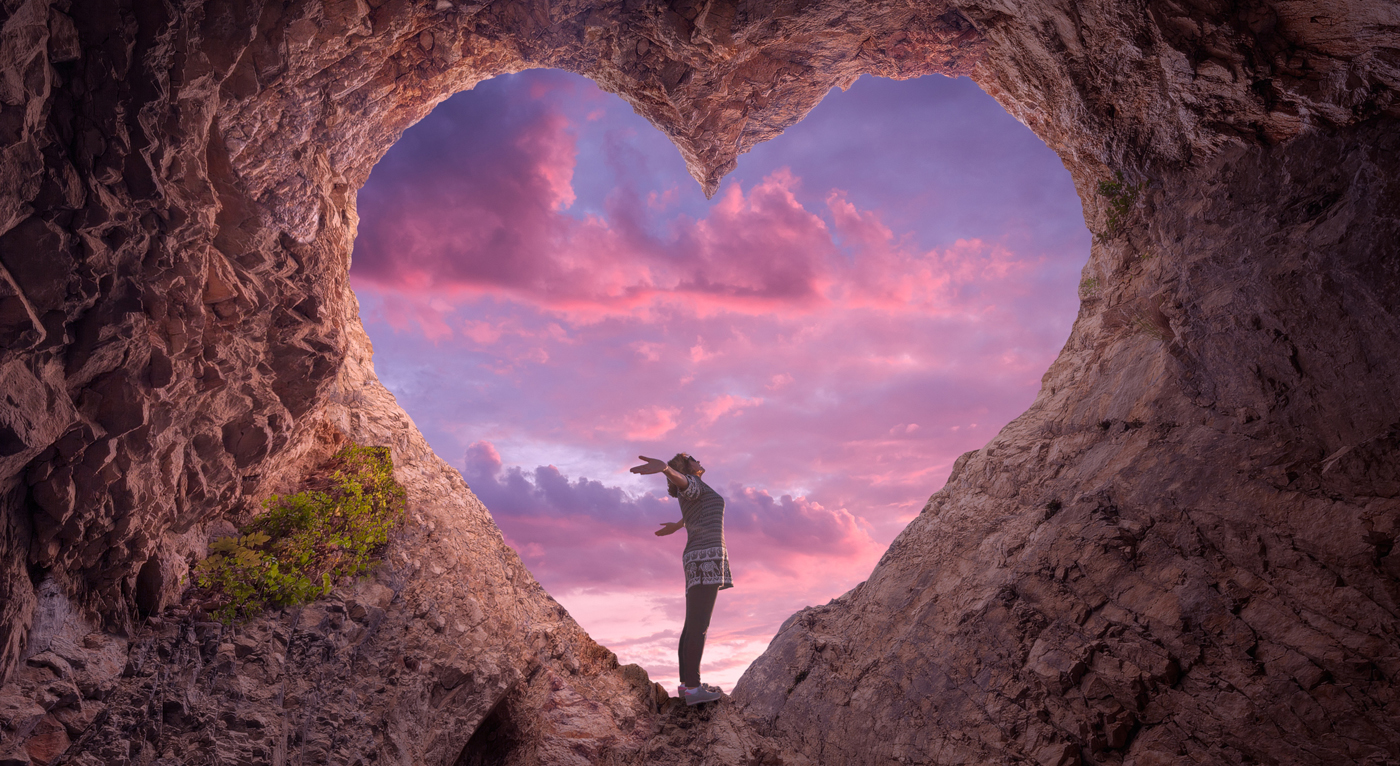 Yesterday I wrote about loving Jesus.  It’s something that I’m working on…and I hope I will never stop working on it.  We don’t have to love Him from afar, you know.  He is within us by the Spirit, closer than our own next breath.  I know my love for Him will never be perfect in this world for there will always be siren songs to lure my heart to other shores that would shipwreck my life if I listen to them.  I am so thankful that He is so patient and is helping me to learn to love Him more as time passes.

So much for human love.  It was Frederick Beuchner, writing in The Magnificent Defeat, who probed the nature of human and Divine love.  “The love for equals is a human thing – of friend for friend, brother for brother.  It is to love what is loving and lovely.  The world smiles.  The love for the less fortunate is a beautiful thing – the love for those who suffer, for those who are poor, the sick, the failures, the unlovely.  This is compassion, and it touches the heart of the world.  The love for the more fortunate is a rare thing – to love those who succeed where we fail, to rejoice without envy with those who rejoice, the love of the poor for the rich, of the black man for the white man.  The world is always bewildered by its saints.  And then there is the love for the enemy – love for the one who does not love you but mocks, threatens, and inflicts pain.  The tortured’s love for the torturer.  This is God’s love.  It conquers the world.”

We might be tempted to think that we are the tortured – and that God is the Cosmic Torturer.  Isn’t that the logical conclusion of those who blame God for all the pain and suffering not only in the world but in their own lives?  It’s God’s fault that the earth shook beneath Sumatra and a hundred thousand died.  It’s God’s fault that Katrina killed 1300 in Louisiana and the gulf coast.  It’s God’s fault that a husband or wife or child got cancer.  God is a torturer of poor and helpless beings He created – and who knows why?  That’s the way many see God.

Will God’s love conquer the world in the long run?  Yes.  We have His word on it.  Saint Paul said that there would be three things that remain when it is all said and done: faith, hope and love – with love being the greatest of the three.  The world won’t survive – at least not in the form it presently exists – but the love of God goes on forever and from which we can never be separated (Rom. 8:39).

PRAYER: Merciful and loving Father, thank You for loving us even as we have driven nails into Your hands and feet, spears into Your side, and daggers of pain into Your loving heart.  Have mercy on us and thank You for Your unending love.  May we come to love the world with the same love You have given to us.  In Jesus’ name, Amen.

Have you ever stopped to ponder the variety of ways in which God chooses to show us His love for us?  I am highly confident that the ways and means He uses to show us His love are innumerable and as infinite as the stars of the sky or the sand of the seashore.  Yet, sometimes we still wonder if He really, honestly, truly loves us.

Flowers can speak to us of how He longs to whisper to us.  Mountain vistas that He created were made to sweep us off our feet.  The vastness of the universe on a cold, clear night speaks to us not only of His greatness, but of our importance to Him that caused the Psalmist to wonder aloud how amazing it was that He should care about and “visit” us.  The touch of a lover’s hand upon the skin excites us as does the gentleness of the breeze borne of the Spirit.  In all these things, and so many more, He speaks love to us.

Donald McDonald, in Behold Your God (1995), perhaps captured the thing that most ultimately is the proof of His love.  He said, “In the last analysis, God expresses His love for us not by putting another to suffer in our place, but by Himself taking our place.  He meets the whole cost of our forgiveness in Himself, exacting it of Himself.  He demands the ransom.  He provides the ransom.  He becomes the ransom.  Herein is love.”

That God provided someone to suffer in our place is not the greatest measure of His love for us.  God could have commanded the archangel Michael to come to earth and die on a cross.  We don’t know for sure, but we must all assume that Michael, along with the balance of the heavenly host, are all without sin.  Could they not have been the sacrifice?  Why not?  Why didn’t God send one of them to suffer in our place?  To my very limited way of thinking, I have to believe that He didn’t do that because it wouldn’t speak to us of His love for us if He’d sent someone else, and secondly that it is not in keeping with His nature to not love to the “Nth” degree in a personal way.

If a father is watching a drowning child struggle in the middle of a lake, would the loving thing be for the father to ask someone else to go an die in an effort to save the child, or to go himself?  Which would be love?  It’s obvious, isn’t it.

God’s love isn’t shown just by Him having sent someone to die for us, but in coming to do it Himself.

Today, live with the thought that He loves you far more than you will ever know or imagine!

PRAYER:  For Your great love that is higher than the stars, deeper than the sea, and wider than eternity…Hallelujah!!  In Jesus’ name, Amen.

For those of you who remember the Smothers Brothers, they were a hilarious comedy act and singers (good ones, too) that I greatly loved!  They were very funny, and for a while they had a show on CBS…until they became a little too political for the censors and their show was sadly cancelled.  One of their common routines was that the would get into an argument about something totally unrelated that would devolve into a debate about who was the most loved by their mother.  It was usually Tommy (who played the buffoon) who would get flustered and at some point would turn to his brother, Dickie (who played the more rational one) and he’d say (as if to try to win the argument by distraction): “Well, mother always loved you the best!”

We have probably all felt, at one time or another, that our sibling was the darling of our parents’ eye – that they got special treatment and that favoritism was alive and well.  I know that there were times that I felt that way, and I’m sure my sister felt the same about me.  It seems to just be a common thing between siblings.

The great preacher, Charles Haddon Spurgeon, once used this illustration: “A story has been often told of the fondness of parents for their children; how in a famine in the East a father and mother were reduced to absolute starvation, and the only possibility of preserving the life of the family was to sell one of the children into slavery.

“So they considered it. The pinch of hunger became unbearable, and their children pleading for bread tugged so painfully at their heartstrings, that they must entertain the idea of selling one to save the lives of the rest. They had four sons. Who of these should be sold? It must not be the first: how could they spare their firstborn? The second was so strangely like his father that he seemed a reproduction of him, and the mother said that she would never part with him. The third was so singularly like the mother that the father said he would sooner die than that this dear boy should go into bondage; and as for the fourth, he was their Benjamin, their last, their darling, and they could not part with him. They concluded that it was better for them all to die together than willingly to part with any one of their children. Do you not sympathize with them?

“Yet God so loved us that, to put it very strongly, He seemed to love us better than His only Son, and did not spare Him that He might spare us. He permitted His Son to perish from among men ‘that whosoever believeth in Him might not perish, but have everlasting life.’”—C. H. Spurgeon

Spurgeon draws an interesting observation; “He seemed to love us better than His only Son…”  I’m sure that’s not true.  God’s love is perfect and can be infinite for all of us, but an outsider looking in would be tempted to think that God was playing favorites by saving us and not sparing His Son.  In reality, He loves us just as He loves His Son…no more, but certainly no less.  And that, my friends, is mind-blowing!

John 17:23 (NIV) – I in them and you in me. May they be brought to complete unity to let the world know that you sent me and have loved them even as you have loved me. – Jesus

PRAYER: Thank You for being a God who knows when justice is called for and when mercy is appropriate! Help us not to question Your goodness when we don’t receive what we think is justice.  In Jesus’ name, Amen.