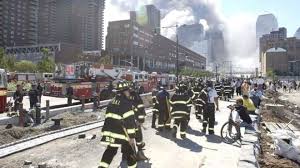 On that tragic morning of September 11, 2001, The Brooklyn Tabernacle lost four of its members. One victim was a police officer. The officer’s funeral was held at the church building, and Rudy Giuliani, then mayor of New York City, had been asked to share a few thoughts. Here’s what the mayor had to say:

“You know people, I’ve learned something through all this. Let me see if I can express it to you. When everybody was fleeing that building, and the cops and the firefighters and the EMS people were heading up into it, do you think any of them said, ‘I wonder how many blacks are up there for us to save? I wonder what percentage are whites up here? How many Jews are there? Let’s see—are these people making $400,000 a year, or $24,000, or—?’

“No, when you’re saving lives, they’re all precious. And that’s how we’re supposed to live all the time. How would you want the cops to treat you if you were on the seventy-fifth floor that day? Would you want them to say, ‘Excuse me, but I’ve got to get the bosses out first’? Not exactly.

“I confess I haven’t always lived this way. But I’m convinced that God wants us to do it. He wants us to value every human life the way he does.”

The words of the mayor moved everyone who had gathered that day for the funeral.  Jim Cymbala was there as Giuliani spoke, and had this to say afterward: “I sat there thinking, My goodness, the mayor is preaching a truth that has eluded so many of our churches throughout New York and the country! He may have stood for other policies that I could not agree with, but on that day, he was right on the mark. The truth of what he said penetrated my heart.

“The world you and I live in is falling apart before our eyes. We are God’s only representatives on the planet and simply cannot take time to pick and choose who needs help. They all need help. They all need the love and forgiveness of Jesus Christ. They all need to be rescued from the horror of an eternity apart from God.” – Jim Cymbala, You Were Made for More (Zondervan, 2008), pp. 94-96

Will you do your part to be the love of Jesus living in this world?

Prayer: As we see people around us, Lord, may we see every human being as those desperately in need of the love and forgiveness You offer – and may we see and admit that need in our selves!  In Jesus’ name, Amen.

News flash: the world isn’t fair.  Well, I guess you probably already knew that, right?  If you’re a parent, you’ve probably said that to one of your kids at least once.  Kids are great for pointing out that the world isn’t fair, but their problem is that they think the world should be fair, and that they should not ever be on the short end of any stick.  That’s rather humorous in a way, because if the world was never unfair, there’d never be a short end of the stick anyway!

In his book, Disappointment with God, Philip Yancey wrote about Henri Nouwen and a family he knew in Paraguay.  The father, a doctor, spoke out against the military regime there and its human rights abuses.  Local police took their revenge on him by arresting his teenage son and torturing him to death.  Enraged townsfolk wanted to turn the boy’s funeral into a huge protest march, but the doctor chose another means of protest.  At the funeral, the father displayed his son’s body as he had found it in the jail – naked, scarred from the electric shocks and cigarette burns and beatings.  All the villagers filed past the corpse, which lay not in a coffin but on the blood-soaked mattress from the prison.  It was the strongest protest imaginable, for it put injustice on grotesque display.

“Isn’t that what God did at Calvary?  ‘It’s God who ought to suffer, not you and me,’ say those who bear a grudge against God for the unfairness of life.  The curse word expresses it well: God be damned.  And on that day, God was damned.  The cross that held Jesus’ body, naked and market with scars, exposed all the violence and injustice of this world.  At once, the Cross revealed what kind of world we have and what kind of God we have: a world of gross unfairness, a God of sacrificial love.”

If there is anything that can redeem gross unfairness, it is an act of sacrificial love, that gives to those who have been unfairly treated a blessing far beyond anything they could have imagined for themselves.  Was the cross fair?  Was it fair that it was God on the cross, dying as the Innocent One on behalf of all those who are guilty?  No.  It was the most unfair thing in the history of the universe.  But it happened.  And the great unfairness has been swallowed up in the immense love and compassion of God.

Ps. 117:2 – For great is his love toward us, and the faithfulness of the LORD endures forever.  Praise the LORD.

PRAYER: Thank You, Lord, for loving us more than being concerned about fairness!  In Jesus’ name, Amen.

For an archive of the past 4 months of DayBreaks, click here:  DayBreaks Archive