DayBreaks for 8/03/17: Lessons From a Little Child

From the DayBreaks archive, August 2007:

My oldest son, Doug, recently wrote this in his blog:

“My four-year-old son and I went for a swim at our neighborhood pool on Saturday in the early evening. Though it was still quite warm out, we had the place to ourselves. After our swim we pulled up a couple chairs to sit and dry, facing toward the declining sun. It was a lovely scene: the still, shadowed water of the pool surrounded by an ivied fence; the tall eucalypti and willows stirring languidly in the breeze; the hummingbirds darting through the flowered margins of the grounds; the playful cries of a pair of hawks dashing through the treetops.
We sit silent a moment or two and then my son folds his hands on his lap and says, “Let’s have a conversation.”
“All right,” I say. “What should we talk about?”
“You decide, Papa.”
“Okay. So tell me,” I say, recalling a conversation we had that morning, “do you really think you’d like to be a fireman on a train when you grow up?”
“Yes, a fireman, who shovels the coal and fires it up to keep the train moving.”
“That sounds like a good job.”
“Yes, but I won’t have any little boys or girls or a wife when I’m a fireman.”
“You won’t?”
“No… Can a fireman be married and have little boys and girls?”
“Well, yes, he can.”
“But how can he if he’s always working on the train?”
“He comes home sometimes, you know.”
“Oh… Can all workers have wives and little boys and girls?”
“Yes, I think so.”
“I didn’t know that.”
I stretch my legs out in front of me while my 4-year old son digests this new revelation. He pulls his chair closer and rests his hand on my arm. We sit quietly for half a minute. I take a deep breath and sigh.
“You know,” I say, “I think it’s wonderfully relaxing just to sit here and listen to the wind and the songs of the birds, don’t you?”
“You know what I like better, Papa?”
“What?”
“To sit in a very uncomfortable rocking chair outside and listen to the sounds of forklifts!”
“Really?” I ask, astonished. “An uncomfortable chair? Forklifts?”
“Yes,” he answers. “But what can a forklift lift, and what can a forklift not lift? You tell me.”
“Well,” I say, “a forklift can lift a pallet stacked with heavy boxes and things, but a whole house would be too heavy for it.”
“Yes, but I bet a house wouldn’t be too heavy for an elephant-sized forklift.”
“You mean a forklift so big it could only be operated by elephants? That kind of a forklift?”
“Yes, by elephants. That kind.

FIRST: I am struck by my grandson’s commitment to his passion.  Even though he labored under the illusion that a fireman on a train couldn’t have children or a wife, he has a passion in his heart to be such a fireman regardless of the cost.  The apostle Paul describes people who came to Christ, but who then turned back because they loved the things of this world more than they loved Jesus.  They weren’t willing to give up the things of this world to follow the Lord.  Charlie was ready to give up all future hope of a family to fulfill a passion.  Where is my passion, where is yours?  What is it worth to you?  What will you give up to follow Him if He calls you?

SECOND: I don’t think my grandson really believes, at 4 years of age, that elephants can run forklifts.  But he thinks big.  Age has a way of making us think small – and smaller as time goes by.  We limit not only ourselves, but more importantly, the actions of God because we have concluded in advance that a situation is impossible – so we never step out in faith to watch God do HUGE things.

THIRD: it is a good thing to have conversations with your dad.  The day comes when you can’t.  It’s even better to talk with God while we have the chance.  We’ll learn amazing things if we listen to His voice – and we will be delighted with the conversation, just as my son delighted in this conversation with his own boy.

FINALLY: maybe you’ve had a tough week.  I hope this story brought a smile to your face and will remind you that not everything in the world is a deadly serious as we sometimes make it out to be.  Enjoy your weekend!

PRAYER:  Oh, Lord!  Fire the passion in our hearts, give us hearts ready and eager to give up everything to follow You when you call.  Help us to believe – and to expect great things from You through Your great power.  Delight us with Your voice and Presence, and let us laugh and rejoice more than we do.  In Jesus’ name, Amen. 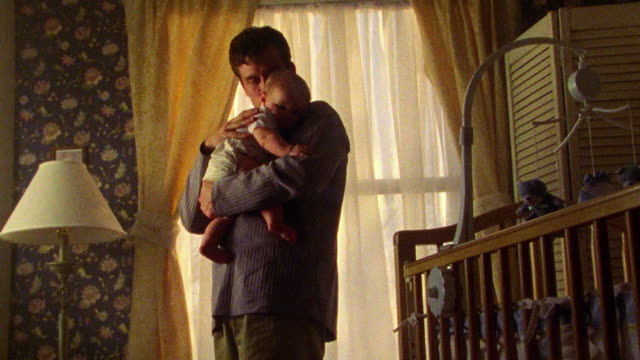 Can I make a confession, hoping that you’ll not judge me for this one? Ready? Here it is: I sometimes have a hard time staying awake when I’m praying. I don’t have that problem often when I’m sitting or standing, but when I’m laying in bed at night before going to sleep, I will sometimes drift off to sleep. And that makes me feel guilty and ashamed! Why in the world can’t I stay awake? And at those moments, I suspect God must be peeved with me.

Then I remind myself of a couple things:

FIRST: I’m in good company. The disciples, in the garden, were supposed to watch and pray. They probably did, but you know the story: they fell asleep not just once that night, but multiple times. So, I am in the same class of folk as Peter, James and John, plus about 8 other ones (I’m assuming Judas came along later with the soldiers.)

SECOND: when I think more about the character of the Father and remember that I’m His little child, I suspect that God isn’t so peeved with me after all. Why? Well, simple really: do you remember what it was like for your little ones to fall asleep when you were carrying them or when you would lay down and talk with them? Were you peeved with them for falling asleep? Did you ever slap them in frustration and yell at them for going to sleep? Of course not! Why? Because you loved them so much and understood their need for sleep and their frailty/weakness. It wasn’t something you got angry about – it was precious. How I loved to carry our little ones at times like that!

I’m convinced that if we, as very flawed humans, find it precious that our little ones fall asleep and if we can be as understanding of it as we are – how much more does God find it precious if we drift off? He knows it isn’t a sign of disrespect. It is a sign of our humanness and how small and weak we are. And He understands that.

From now on, if I fall asleep “on the job” of prayer, I’m not going to feel badly about it. God understands! And He may well turn to one of His angels and just whisper, “Isn’t he precious! Look how tired he is!” – and then He’ll kiss me goodnight.

PRAYER: Thank You for being such a wonderful, loving and understanding Father who knows my weaknesses and understands them! In Jesus’ name, Amen.

The power of witness…

Proverbs 22:6 (ESV) – Train up a child in the way he should go; even when he is old he will not depart from it.

“If your kids see you putting other things ahead of God, they will become discouraged and disillusioned, like a young Jewish boy who once lived in Germany.

“His father was a successful merchant, and the family practiced their Jewish faith. But then they moved to another German city, and the boy’s father announced that they would no longer attend synagogue. They were going to join the Lutheran church.

“That boy, who had a deep interest in religion, became so disillusioned with his father that something died within him. He said to himself, ‘My father has no real convictions.” The incident helped to turn him against religion with a vengeance.

“That young boy later moved to England and began to write. His name was Karl Marx. As the father of communism he wrote the “Communist Manifesto,” in which he called religion “the opiate of the masses.”

“I wonder if world history would have been different had Karl Marx’s father hadn’t put other things ahead of God.” – Adrian Rogers, Ten Secrets for a Successful Family, p. 38

Parents, your kids know whether you love God with all your heart. They see it with every decision you make that minimizes God in favor of another god.  What they want to see is parents with such love and reverence for God that they bring Him into every area of their lives and put him first in everything. Kids want to see whether their parents love God enough to obey him.

PRAYER: Father, for every parent, for every grandparent, I pray that you will help us understand the impact that our seemingly insignificant decisions may affect our little ones for eternity.  In Jesus’ name, Amen.

I Am 2 is now engaged in a project to provide temporary shelter, food, water and adult care to 37 orphans in Migori, Kenya.  We are trying to raise up an army of compassionate people who will each contribute whatever they can – even $5-10 each, to help us provide care for these children until our partner in the project, BrightPoint for Children, can secure sponsorships for these 37 kids.  If you want to contribute, follow this link and scroll down to find the “Donate” button: Help the 37 Migori Orphans