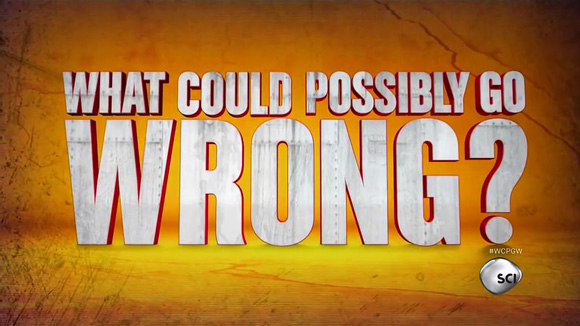 DayBreaks for 7/28/17: Consider the Possibility

I can’t help but find the amount of confidence we place in science both humorous and tremendously sad.  Learned men and women with advanced degrees boldly stand up before the watching world and proclaim that man descended from monkeys who came from other creatures who came from primordial slime that came from somewhere, somehow, sometime in a long distant and darkly-shrouded past.  Others proclaim with certainty that the union of human DNA that takes place in the act of conception produces something that is not human but merely a blob of tissue, like Play-Doh or Jello.  Still others proclaim that the earth was populated by aliens who came and visited this planet at some other time in the unknowable past and that these aliens taught the Egyptians how to build pyramids, set up the monoliths at Stonehenge or carved out the drawings on the Nuzca plains.

Forgive me for a moment while I step aside and laugh.  Thank you.  Now I think I can proceed.

One of the things that amazes me the most is our certainty in our own judgment and knowledge.  Professing themselves to be wise, they became fools is how Scripture puts it (Romans 1:22).  As Christians, we must guard ourselves against this disease of certainty, too.  We need to humbly admit that we walk by faith (a metaphysical, theological thing) and not by sight (a scientific, provable hypothesis).  Not one of us, try as we may, can ultimately prove the existence of God or the virgin birth of the Christ.  That doesn’t stop us from believing in those things, but we can’t prove them with 100% absolute, undeniable certainty.  We can show such things to be semi-reasonable at best (things like God’s existence or the resurrection are easier in some ways to defend than some others like the virgin birth).

When it comes to our understanding of the Scriptures, we often walk the pathway of pride by thinking that we’ve got it all totally figured out.  Our theological position and doctrines rise in our hearts to the position of absolute perfection and comprehension.  How dangerous – and how deadly for both us and others – that such certainty can be!  If there is to be one thing that we are certain about, let it be this: we are fallen creatures who should be very reluctant to proclaim certainty about anything except our fallenness!

Does that mean we should give up on searching the Word since we can’t ever be absolutely certain about how the Trinity actually exists and works?  Should we surrender to the idea that every religion is equally valid and leads with the same level of success to eternity, nirvana or whatever goal a given religion proclaims?  Absolutely not!  We must study the Word to show ourselves approved, we must take the clear and plain statements of the Word to heart (I am THE way, THE truth, THE life…) and not bend on them.  Yet not all things are that clear-cut or cut-and-dried.  And even though they may be that clear cut in the Word itself, we must admit that we are imperfect in our knowledge and understanding.  How prideful to proclaim that one of us should or could be the repository of all truth!  Only One can make that claim and not be prideful about it.  It’s not prideful when it’s a fact.

In the gospel of John after the healing of the blind man, the Pharisees three times make the proclamation “We know…this or that.”  As John Ortberg put it: “What makes their blindfness incurable is their claim of certainty.   John keeps contrasting their closed-mindedness with the man’s confessed ignorance (“I don’t know” he says three times).  If only they would be open to the possibility that they don’t know.”

It was the apostle Paul that should give us the clue.  He was brilliant, very learned.  He knew the history of Israel (it’s always easier to know past history than the present or future) and the Law, inside and out.  If anyone, as he himself said, had reason for confidence in the flesh it was he.  And yet, notice carefully what he says in 2 Tim. 1:12 (NIV) – That is why I am suffering as I am. Yet I am not ashamed, because I know whom I have believed, and am convinced that he is able to guard what I have entrusted to him for that day.  Did Paul have confidence about what he knew?  No.  He didn’t.  Read it again.  He had confidence in WHO he believed, not in all the minutiae of details about the word or the Christian life.  His confidence wasn’t in what he knew but in Who he knew – the one that could guard the treasure that Paul had entrusted to him.

Have you been guilty of this prideful sin?  Have you, through your unyielding recognition of the possibility of your own misunderstanding, driven others away from Jesus instead of leading them to Him, the One sole repository of all truth?  Is your confidence in what you know, or Who you know?

It is not our job to reveal truth – it is our job to lead people to Jesus, and to let Him reveal the one truth that we can always know to be true: that He is the Son of God, full of grace and truth.

PRAYER:  May our pious pretensions and certainty be dissolved through the vinegar of humility, and may we drink deeply of the well of Truth and be filled.  In Jesus’ name, Amen.