I wish you would hide me in the grave and forget me there until your anger has passed. But mark your calendar to think of me again! 14 Can the dead live again? If so, this would give me hope through all my years of struggle, and I would eagerly await the release of death. 15 You would call and I would answer, and you would yearn for me, your handiwork. – Job 14:13-15 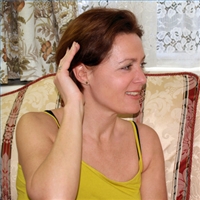 Listening for the call..

Job certainly had a way with words – a way formed in the crucible of suffering and wrestling with his understanding of God.  He was plagued by many of the questions that still plague us today.  He wrestled with the “Why?” questions, and he wrestled to find meaning and purpose in all that was happening to him.  And, he wrestled with the concept of life after death.

Though Job asks if the dead can live again (he was far from possessing the certainty one can possess in the aftermath of the resurrection), he was a wise man, claiming that if it were possible for the dead to live again, it would give him hope “through all my years of struggle” and even that he could “eagerly await the release of death.”  Some may criticize Job for that statement – but who among us can claim to have the same unwelcome acquaintance with torment that was equal to that of Job?  I shall not criticize him for I am unworthy to challenge a man who lived through what he did.  I don’t have to have suffered as much as he did to understand that feeling that at times leads one to eagerly await the “release of death.”  Who, over the age of 40 or so, hasn’t at times felt that?  I’m not talking about being suicidal, but simply longing for an end to the “years of struggle.”

But it is verse 15 that really is the most shocking.  When God does call us to return to Him, we will answer.  We will not refuse.  We will not be able to refuse the power of the One who spoke stars into the sky and commands the sun to march across the sky.  Why will He call us?  That’s the shocking part: because He years for ME…for YOU…because we are His handiwork.

Perhaps you’ve not given much thought to the yearnings of God.  Why does a God who has everything and who can create anything His heart desires long for us?  Astounding, isn’t it?  Yet God does yearn for you.  Oh, that we should yearn as much for Him!

PRAYER: God, we scarce can believe that You even pay attention to us, let alone yearn for us!  May we hear Your call not just when it comes our time to die, but when it comes time to serve You.  In Jesus’ name, Amen.