FIRST: Public faith/conviction: these are the things we say we believe when we’re surrounded by others, like what politicians say in order to win favor, curry votes and get elected.  No sooner is someone put into office than they backtrack on the things they said that they believed at one point or another in their campaign speeches.  A Biblical example of this kind of faith is King Herod, who told the wise men that after they’d found the baby Jesus, to come back to him and tell him where Jesus was so that “I can go and worship him, too.”  After all, it never would have endeared Herod to anyone if he’d said, so that “I can go and kill that baby.”  This is very hypocritical faith at best.  It changes based on who we’re around because we’re trying to impress them and make ourselves feel good.  And it can happen a LOT in churches and in Christian fellowships!

SECOND: Private faith/convictions: these are tricky because they are things that we truly believe that we believe, but when circumstances change, we find out that we really don’t believe it very much after all.  These are often things that we desperately WANT to believe, and we may even fool ourselves into thinking we do believe them.  A biblical example is Peter, “Lord, I’ll never deny you.”  I truly believe that Peter believed that of himself…but Jesus knew Peter’s heart better than Peter did.  And so, when the circumstances changed from the warm and friendly confines of the upper room to a courtyard of the high priest after Jesus’ arrest and shouts of “Kill him!” filled the air, Peter found out what he really believed at that point in time.  And it isn’t what he would have wanted to believe about himself, but it was the truth.

THIRD: Core faith/convictions: these are what we believe deep down inside, in spite of circumstances or surroundings.  These are the things for which we are willing to lay down our lives, if necessary. Ortberg says, we always act in accordance with what we truly believe when the chips are down.  That means we must become students of our own behavior – analyzing how we live, how we act, what we do in a wide range of circumstances and settings – and from that we’ll find out what we really believe.  Peter’s private faith became a core conviction later in his life when he was martyred for Jesus.

So, here’s a brief summary:

Public faith/conviction: what we say we believe;

Private faith/conviction: what we think we believe;

Core faith/conviction: what we really believe as evidence by what we do.

What’s the point?  I fear that many of the things we think we believe are not core convictions.  For example, we say we believe God is everywhere and sees everything, right?  But, do we live as if we’re aware of His eye on us at ALL times?  Or, do we do things in secret that are shameful…and we do them because we really don’t believe He sees us while we’re doing them? We say we believe we should obey the law, yet did you speed today when you were driving?  We Christians say, “I’ve accepted Jesus as the Lord of my life,” but have we really?  If so, why don’t we obey him in caring for the needy (instead of pretending we don’t see them)? Scary, isn’t it, when we stop to contemplate what it is that we TRULY believe – even what we TRULY believe about God and Jesus.

In some things, we don’t know for sure what is a private conviction and what is a core conviction until our conviction is tested – and then it is revealed for what it truly is.

PRAYER: Oh, Lord, with David we ask you to search our hearts and see if there is any deceitful way in them, reveal to us the truth about our faith that we might cling more tightly to Your Son and the forgiveness He gives us.  Help our private convictions regarding Jesus to become core convictions, and if necessary, to even survive the fires of martyrdom.  In Jesus’ name, Amen. 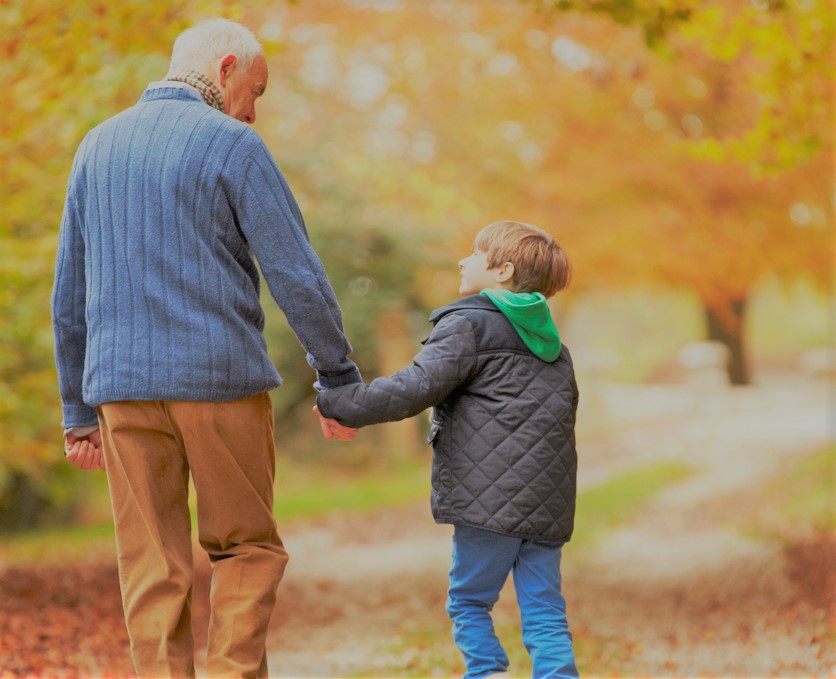 Bowing before the “god of open-mindedness,” this generation has been slow to admit that what we believe determines how we act. PBS film critic and columnist Michael Medved recently shared this anecdote out of his Jewish heritage:

“A few years ago, the illustrious Rabbi Jacob Kamenetzky made a trip to Israel accompanied by his teenage grandson. Ironically, these two deeply religious people had been seated in the airplane next to a prominent Israeli socialist leader and outspoken atheist, who had spent his whole life fighting against Orthodox values.

“After the plane reached its cruising altitude, the cynical atheist traveler couldn’t help noticing the way the teenage boy attended to the needs of his aged, bearded grandfather. He got up to get the old man a glass of water, helped him remove his shoes and put on some slippers, and otherwise demonstrated that the rabbi’s comfort represented his primary concern.

“At one point, as the boy got up for yet another errand on behalf of the old man, the skeptical stranger could contain himself no longer. ‘Tell me something,’ he asked the rabbi. ‘Why does your grandson treat you like some kind of a king? I have a grandson, too, but he wouldn’t give me the time of day.’

Medved told this story as if it were true. I can’t vouch for that. But it certainly reflects truth. A person’s theology (what they think about God) determines what they think, and therefore what they do, about everything else. It should not surprise us that the behavior of people who don’t believe in God is so often ungodly. Could it be that to make our streets safe again, we need to be building more churches instead of more jails? – Richard A. Steele and Evelyn Stoner, comp., Bible Illustrations – Heartwarming Bible Illustrations, (Chattanooga, TN: AMG Publishers, 1998), p 76-77.

Galen’s Thoughts: Some Christians think that it’s okay to believe in evolution, that there’s no harm in it.  I would agree with micro-evolution – we do change over time, but not from one species to another.  We’ve gotten taller in the past 100 years, we live longer than we did 100 years ago.  And those and other changes are even more pronounced the farther back in history that you go.  But amoeba to multi-celled organism to fish to reptile to monkey to man?  No, not now, not in 10 trillion years!  God said, “Let them bring forth after their own kind” – and that somewhat puts a limit on what any creature can do reproductively.

The way the orthodox Jewish son treated his grandfather was related to his beliefs about life, God, creation – and the value of people.  If there is no God, or if we are not made in God’s image, there is no reason to spare a human life any more frequently than to spare the life of an ant.  In fact, both would be of equal value – nothing – if we’re just products of time and chance.

Prayer: Lord, guard our hearts against human foolishness and let us treasure all that is the work of Your hands, but especially those made in Your image!    In Jesus’ name, Amen.

From the DayBreaks Archive, June 2008:

What is faith?  The fundamental aspect of faith (biblical or otherwise) is the confidence that we hold either in a thing (such as the brakes on our car to be able to stop the car), faith in a person (I believe that my friend is as good as his word), or faith in the truth of a statement (the sun came up today).  We live our lives everyday through placing our faith in things, people or the truth of a statement.   We believe the food we eat is not tainted nor poisoned, that the water we drink is not going to harm us, that a husband or wife will be there for us when we need them, that the laws of physics that control the motion of the heavenly bodies, the braking of our cars and the rules of thermodynamics will be as true today as they’ve been shown to be in the past.

What does that mean in everyday life?  It is evidence that we believe faith is as good as the object (thing, person or proposition) that faith holds.  We don’t think twice wondering if the engineers who designed our cars made powerful enough braking systems.  Astronauts on the shuttle don’t wonder if there’s enough fuel in the tanks to get them into orbit.

But, somehow, when it comes to God, we’re told that there is no such Reality.  If you can’t see it, touch it, taste it, smell it or hear it with one of the 5 senses, then you cannot know if it is real – therefore, it must be rejected.  Really?  Have you ever tasted guilt?  Heard anguish (not the manifestation of it, but anguish itself?)  When is the last time you saw love walk past on the sidewalk?  Have you seen gravity itself?  We have no problem believing such things exist, even though we can’t test them or touch them.

When it comes to spiritual things, people have bought lock, stock and barrel into the ungodly idea that knowledge about anything beyond the physical world is impossible – therefore, it is mythological at best.  Do some myths come true?  Perhaps, from time, to time.  But knowledge about the unseen is mere speculation.  So, to placate those who hold beliefs in the Supernatural, they would tell us that what is important is for people who are inclined to believe in such things, it is the fervency of their belief that is more important that the object of their belief.

John, the apostle, didn’t seem to agree, nor did Paul, Peter or any of the other men and women of faith who believed in a reality that was Unseen.  As J.P. Moreland put it in The Kingdom Triangle: “Reality is basically indifferent to how sincerely we believe something….As far as reality is concerned, what matters is not whether I like a belief of how sincere I am in believing it, but whether or not the belief is true.”  I could sincerely hope a gondola cable will hold me, but how fervently I hold that belief doesn’t make the cable one bit stronger.  What matters it the strength of the cable, not the strength of my belief in it.  I may never get on the gondola if I don’t belief it is strong enough to hold us up, but my belief matters not one whit one way or the other to the cable.

God is Reality.  He is the GREAT Reality…whether I choose to believe it or not.  Jesus doesn’t need by belief so that he’ll become strong enough to save me.  He’s already strong enough.  My faith should be in Him – He is to be the object of my faith.  That’s the bottom line on Reality.

PRAYER: Almighty God, You Who made a world of reality and who lives in a universe of reality, open our eyes to see that You are the One Reality with which we must all ultimately deal, and by which we will all ultimately be confronted.  Don’t let us be deceived, nor let our friends and family be fooled into thinking that what matters is whether we really believe in something.  Let us believe it You, for You are true.  You are the only reality that can save us!  In Jesus’ name, Amen.