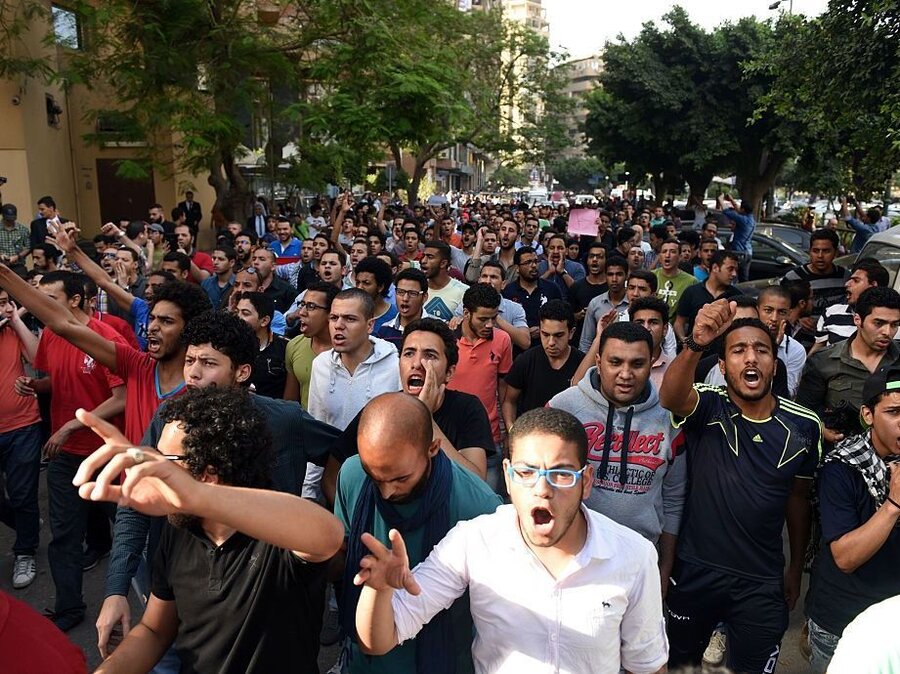 From the DayBreaks archive, December 2007:

This past week I was having a conversation with a wise, elderly woman from our church.  We were musing on our culture’s head-long rush to remove God from the public square entirely.  There are those who think that God and Christianity should have no place at all in the public arena.  They are eager and quick to point to the constitution, jumping up and down and shouting against Christianity, but they misinterpret what the constitution says.  The so-called “establishment clause” in the constitution says that the government shall not establish a state religion – it doesn’t say that religion should not be allowed to be practiced publicly or privately.  In fact, it is quite clear that the topic of God came into a great many discussions among the founding fathers.  How many of them were merely Deists versus Christians may be a topic of debate – but religion played often and well in the public discourse.

At the present time, Michael Newdow (you may remember him – he had an appeal go to the Supreme Court in an effort to have “under God” removed from the pledge of allegiance, only to have his case thrown out on a technicality – he was supposedly suing on behalf of his child, but his child didn’t live with him, therefore the court ruled he had no right to sue on her behalf.  The court never ruled on the real topic – the question of whether or not can “under God” remain in the pledge.

Michael Newdow is at it again.  He still doesn’t have custody of his daughter (who lives with her mother, and unless I’m mistaken, they are strongly opposed to Newdow’s actions), but he’s now suing on behalf of some other folks.  I don’t get all the legal mumbo-jumbo, but he’s once more trying to get “under God” taken out of the pledge.

Michael Newdow is an atheist.  The question the elderly sister asked me was simply this: “What do atheists fight so hard to do away with something they don’t even believe exists?”  Interesting queston, eh?  I mean, if they really believe He doesn’t exist, why should it bother them if I think and believe He does exist?

Then, on the morning that I wrote this DayBreaks, I got an email from a reader who noted that since the atheists don’t believe in any god, they in essence become their own god.  She was right, I think.  Why does Michael Newdow and others of his ilk try to eliminate all mention of God or Jesus?  Because they want to be their own god.  They don’t want to have to even consider that they might have to answer to a Higher Authority.  It’s almost as if they are sitting there with their eyes clenched as tightly shut as they possibly can squeeze them, with hands over their ears, repeating over and over, “There is no God, there is no God, there is no God,” hoping to convince themselves of that fact.  I remember that my kids would do similar things when they were little when they didn’t want to believe something that they couldn’t escape, like knowing they were going to the doctor to get an immunization.  All the “No, I’m not going!  No, I’m not going!  No, no, no!” didn’t make the inevitable go away.

Sadly, no matter how hard he may try, Michael Newdow will never be able to escape from the Truth.  He’s in for a big surprise – and a very unpleasant one, at that, if he doesn’t come to faith before he dies.  We should pray for his lost soul and the souls of all who are lost in unbelief.  We are all there at one time, too.

Psalm 14:1 – The fool says in his heart, “There is no God.”  They are corrupt, their deeds are vile; there is no one who does good.

PRAYER:  Lord, open the eyes of those who don’t believe in You.  Help them to see the Light of the World that can take away their sin and give them eternal life.  Help us not to try to be our own gods, for we are doomed to failure and destruction if we pursue that path!  In Jesus’ name, Amen.

As we were in worship just yesterday, I was contemplating that which human minds cannot hope to contemplate – God. And as we sang a song, I thought about the power that it takes to call everything into existence simply by words. It seems impossible, doesn’t it? And yet that is what we Christians believe. We believe in a God who cannot be seen and believe he has done things which are incomprehensible. How can words bring physical matter into existence? Doesn’t that seem like the stuff of fairy tales or stories about the pagan gods? And when I think about it that way, I sometimes must admit that it sounds really far fetched and impossible and I begin to entertain doubts.

But, then I must come fact to face with the fact that physical things do exist, so how can they be explained? It is a basic premise that “Nothing comes from nothing”, i.e., that if something exists at all, it must be because there was something to make it happen. There is not a single shred of evidence, nor a claim that I am aware of, that the universe has been eternal – without a beginning. So that begs the question: where did matter come from if it could have come from nothing? Christians believe it comes from God. The fact that things (including myself) do exist, leads me to conclude that God must exist.

Can I prove it? No. Atheists take delight in the fact that Christians cannot prove that God exists. But, neither can an atheist prove that God does NOT exist. And so believers and unbelievers are all gambling that what we believe is true.

So, what is one to do, since neither God’s existence nor his non-existence can be proven? Perhaps the best we can do is to look at the evidence to make the most reasonable bet with our life that we can. And in that process, it might be wise to sit down with a piece of paper and do this exercise: write down the ramifications regarding life if His existence is real, and write down the ramifications if it is not real. Then decide which way you want to bet your existence.

You see, in the final analysis, for an atheist to say that faith is foolish is to call themselves foolish, too, because one’s belief about God’s existence and nature (if He exists) is based on faith, either way one chooses to believe.

Romans 1:19-20 (ESV) – For what can be known about God is plain to them, because God has shown it to them. For his invisible attributes, namely, his eternal power and divine nature, have been clearly perceived, ever since the creation of the world, in the things that have been made. So they are without excuse.

PRAYER: Father, though we cannot prove your existence, we believe in it and in your goodness and trustworthiness. May our faith be rewarded not just in the world to come, but in this one as well! In Jesus’ name, Amen.