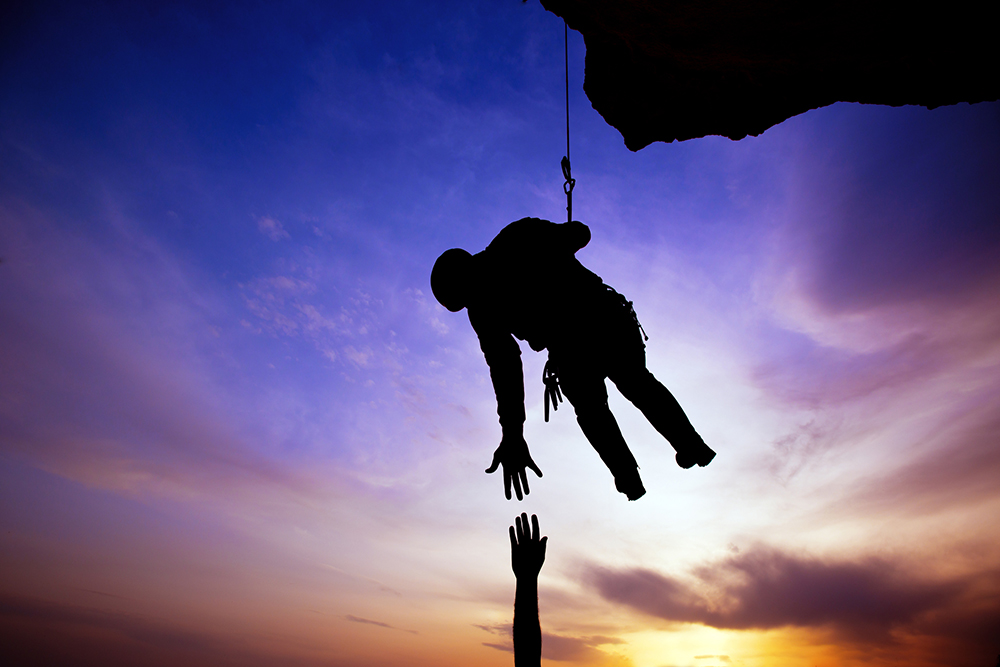 DayBreaks for 12/20/19: The Rescue Mission for Creation

If you look for just a few minutes every day, you can find a story of an incredible rescue taking place somewhere in this country or world, perhaps, if you community is large enough, even in your own neighborhood.  Firemen, highway patrolmen, soldiers, officers of the peace, teachers and parents (sometimes even kids or dogs) carry out amazing rescues and we applaud them and give them the honor that they deserve.  Rightly so.

This week, Christmas is upon us.  We often retell the story to ourselves and our little ones about the birth of Jesus.  It is a sweet, charming story, full of farm animals, night skies twinkling with stars, angels singing to shepherds who were out on the hillside at night with their animals.  Don’t forget the magi who came to see and worship this king being held in the arms of his virgin mother, Mary.  In all the sweetness of the story we can easily forget what led up to this moment in time: the fall in the garden, years of sin and wickedness culminating in the flood, renewed evil immediately after the flood, a people chosen to be God’s own special people, prophets, judges, miracles, kings and always…more failure and sin.  In the midst of the wonder it is easy to push such thoughts aside and try to ignore them.  It is understandable, I guess.

But we must not forget these forerunners to the Nativity story because it was all of those things which were the precursors and the factors that made this visitation from Immanuel necessary.  Timothy Keller wrote: “Christianity alone among the world religions claims that God became uniquely and fully human in Jesus Christ and therefore knows firsthand despair, rejection, loneliness, poverty, bereavement, torture, and imprisonment.”  Yes, those things are true…and more.  Here is the kicker, the driving factor behind God’s decision to come and visit this planet in such a personal and human way: “Jesus came on a rescue mission for creation.  He had to pay for our sins so that someday he can end evil and suffering without ending us.”

Wow.  I’d never thought about it in those words before, but the more I’ve contemplated them, the more I believe they are dead on target.  If our sins hadn’t been paid for he would have had no choice but to end us when he ended evil and suffering in the world.  He would not have been righteous and holy if he’d ended evil and let us survive – for we are evil when we are left to our own devices.  All the evil we have within us had to be answered for, or we would have had to be “ended” when he did destroy evil.

This week as you focus on His birth, I hope that you’ll contemplate yet again, this statement: “He had to pay for our sins so that someday he can end evil and suffering without ending us.”  This was the reason for the baby coming to the manger and for the Godman walking to the cross where he died.

PRAYER: Thank You for the greatest rescue ever conducted, Jesus!  Thank You that You found a way to pay for all of my evil that didn’t include ending me.  In Jesus’ name, Amen.