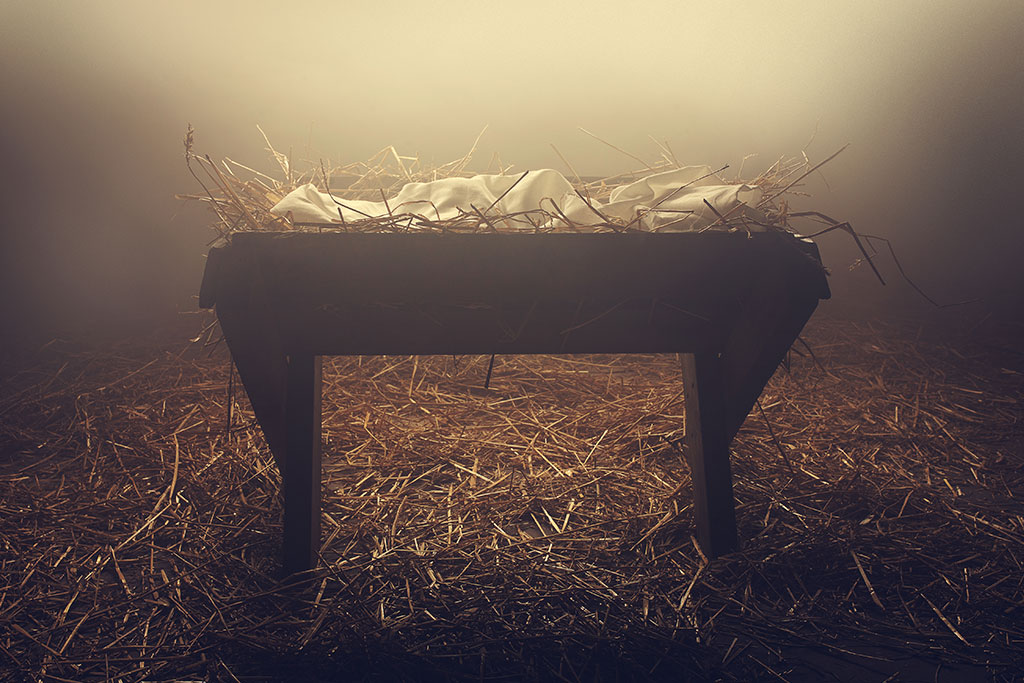 From the DayBreaks archive, December 2009:

In one of my messages this Christmas season, I pondered what it must have been like for God to become human.  Jesus, as God, had been worshiped and adored throughout all of eternity past.  For ceaseless ages He was enthroned in fabulous and indescribable glory.  He spoke – and worlds came into being.  He had no limitations that weakened His power to do good.  Angels waited at His beck and call ready to do His most minute bidding.

I’ve wondered how it felt when God in the flesh first stepped on a sharp stone and cried out in pain.  I’ve wondered how it felt when He felt that virus spreading through His body that would cause His nose to run and fever to spread prior to vomiting up the contents of His stomach?  It must have been strange for the God of creation to become like one of His creatures and take their frailty into His own being.

How did Christmas day feel to God? I know that we can’t recall what it was like to be new-borns, but try to imagine for just a moment becoming a baby again: giving up language and the ability to communicate in anything but cries, to give up muscle coordination and to be unable to do anything to help oneself, to surrender for a period of time the ability to eat solid food and even to control your bladder. God as a newborn took on all those things.  A more appropriate analogy, though, might not be for us to once again become a baby, but to imagine ourselves becoming sea slugs – something vastly of lower position than what we have always known and something we have never been.  This is more like what God did when He became one of us.

Gone were the vast choirs of angels and the heavenly music disappeared only to be replaced by mooing, belching cows, roosters crowing and donkeys braying.  Gone was the throne and the glory that had once surrounded Him only to be replaced by swaddling clothes and straw.  Words were gone – the Word that spoke everything into creation was exchanged for cries of hunger and discomfort.  No one remained to do His bidding except for his mother and father who were lost in the wonder of it all as they alone knew Who this was Who was held in their arms and hearts.

How does this make YOU feel this Christmas – to know what God endured for you?

Your attitude should be the same as that of Christ Jesus: Who, being in very nature God, did not consider equality with God something to be grasped, but made himself nothing, taking the very nature of a servant, being made in human likeness. And being found in appearance as a man, he humbled himself and became obedient to death– even death on a cross! Therefore God exalted him to the highest place and gave him the name that is above every name, that at the name of Jesus every knee should bow, in heaven and on earth and under the earth, and every tongue confess that Jesus Christ is Lord, to the glory of God the Father. – Philippians 2:5-11 (NIV)

PRAYER: For Your humiliation to become like us, we are thankful and we worship Your Holy Name!  In Jesus’ name, Amen.