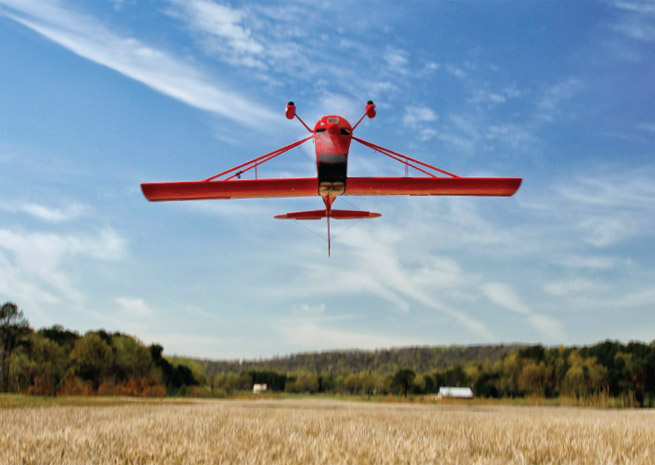 DayBreaks for 08/07/19: The Dangers of Flying Upside Down

In The Divine Conspiracy, Dallas Willard tells the story of a young jet fighter pilot who was practicing high-speed maneuvers in her fighter.  At the point where she was to make a steep ascent, she turned the controls in the direction she believed was correct – and flew straight into the ground.  She was unaware that she’d been flying upside down.

This is not an isolated occurrence.  I’ve read of such things many times…there is apparently something about flying that can disorient the pilot to whether they are upside down or right side up.  It was even one of the explanations for what happened to JFK, Jr., when his private plane crashed.  When visibility is reduced or one is in a cloud bank or fog bank, pushing the control stick in the wrong direction can and often does have fatal results.

Willard writes: “This is a parable of human existence in our times – not exactly that everyone is crashing, though there is enough of that – but most of us as individuals, and world society as a whole, live at high-speed, and often with no clue to whether we are flying upside down or right-side up.  Indeed, we are haunted by a strong suspicion that there may be no difference – or at least that it is unknown or irrelevant.”

What does Willard mean?  Since I’m just starting this book that I’ve heard so very much about, I am assuming a bit here, but I think he’s saying that we have lost our bearings – we have lost our sense of direction, of right and wrong…and we are moving so fast that we don’t even notice it until we push the stick one more time and crash and burn.  It can and does happen to individuals, but to cultures, too.

How? With higher education for the past 50-100 years touting that there is no absolute truth, that truth is unknowable, and that truth is relative to the individual.  (Does it seem strange to you that they say truth is unknowable, yet it is knowable at least to the individual as their truth?  Seems strange to me!!!)  In short, there is no up or down, right or left.  We have no bearings upon which we can depend if this is true.  But those who say there is no moral, objective truth will quickly change their tune if you start stealing TV’s, cars, furniture, computers and the like out of their home, or if you take their child away to sell them into the human trafficking market.  Even those who don’t believe in absolutes agree that these things are wrong – so there must be absolutes!

Here’s the fear: until culture comes to see the flaw in their reasoning (and they will be loathe to do so for that insults their intellectual pride), we will continue to fly upside down as a culture.  The stick is being pushed…too many guesses are being ventured about what is right to do in any given circumstances without moral consideration…and the ground is looming closer and closer.

PRAYER:  What a blessing it is, Lord, to know that this world is not our home!  Though we can’t begin to imagine how you will do it, we do believe that in time, you will set all things right again.  In the meantime, let us speak words of truth and lovingly challenge our culture that is so upside down.  In Jesus’ name, Amen.