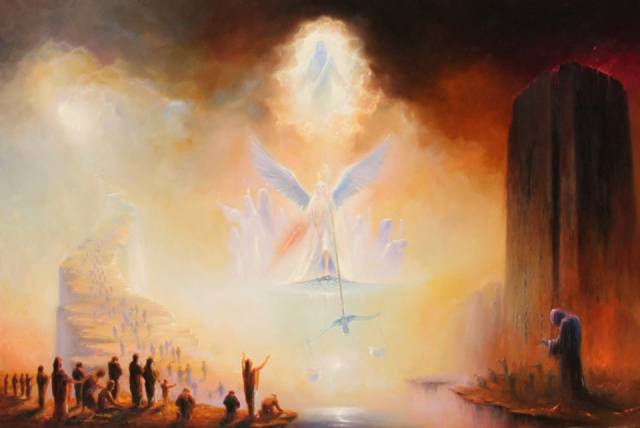 No one likes the idea of being subject to a judgment against themselves.  We don’t want to be dragged into a court of law by a disgruntled neighbor, co-worker or stranger – even if we are guilty or liable for something.  We don’t like being judged.  Just look at the emotional reaction of people when they even “feel” like they’re being judged!!!

The Bible plainly speaks about judgment.  There’s simply no getting around the fact.  There are those in theological circles that are considered universalists, who hold that even after death, God will continue to hold out the possibility of salvation until eventually everyone gives in and receives salvation because the find the offer irresistible at some point after death – even if it takes thousands or millions of years.  Others (annihilationists) hold that it is only those who have accepted God’s offer of eternal life and that the wicked will just simply cease to exist at death.  The traditional view (which I ascribe to) is that there is eternal reward and eternal punishment, based on our acceptance or rejection of God’s merciful gift.

In musing on this, N. T. Wright wrote: “I find it quite impossible, reading the New Testament on the one hand and the newspaper on the other, to suppose that there will be no ultimate condemnation, no final loss, no human beings to whom, as C. S. Lewis put it, God will eventually say, “Thy will be done.”  I wish it were otherwise, but one cannot forever whistle “There’s a wideness in God’s mercy” in the darkness of Hiroshima, of Auschwitz, for the murder of children and the careless greed that enslaves millions with debts not their own.  Humankind cannot, alas, bear very much reality, and the massive denial of reality by the cheap and cheerful universalism of Western liberalism has a lot to answer for.”

Be ready for it.  Expect it.  Live with it in mind and in heart.  Jesus will be our shield against the wrath of God on that great, and terrible, day.

PRAYER: Thank You, Jesus, for having already prepared out case before the Judge.  Thank You for telling us the verdict in advance.  You, o Lord, are our only hope and defense!  In Jesus’ name, Amen.