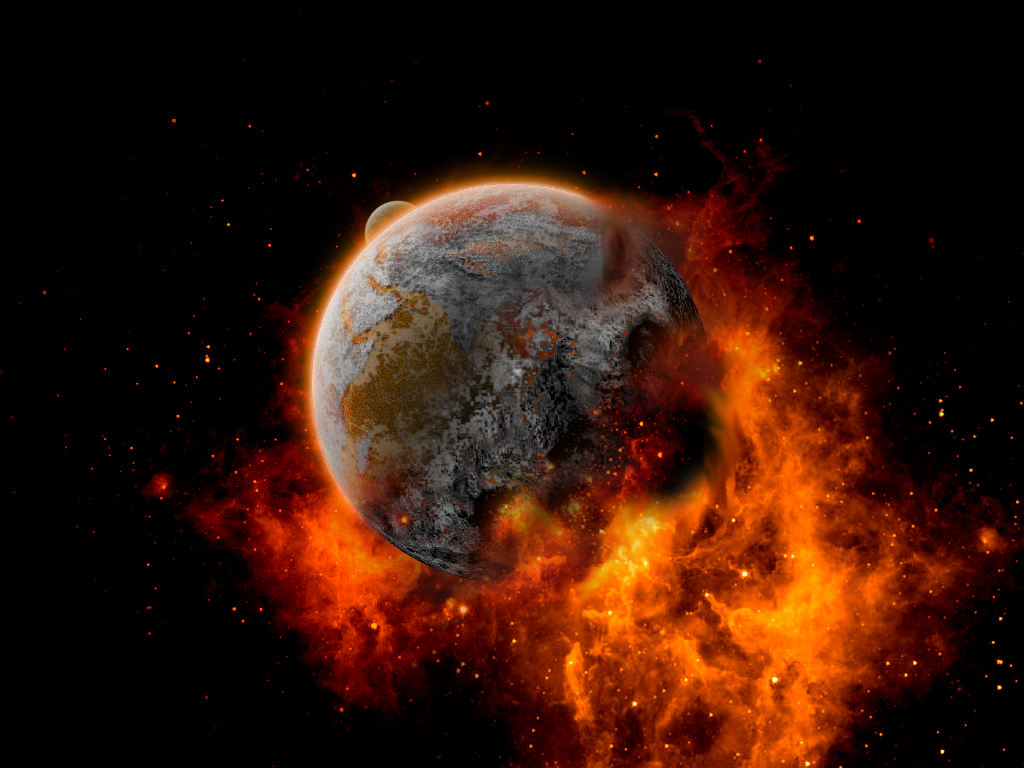 In the early days of American life on the great plains, if a wildfire was started by a thunder strike or a careless settler or Native American, the results could be incredibly catastrophic.  If you’ve never seen the great plains, they are largely flat and windswept.  And therein lies the problem.  Once a fire started on the prairie, if there was any wind, it would move across the plains with startling rapidity.  The stronger the wind, the faster the destruction would travel, sweeping every living thing from its path.

Settlers could often see the smoke from an approaching wildfire.  That wasn’t the problem.  There weren’t enough trees or hills to block the view.  So they could see the fire that was coming there way.  The problem was that if the wind was strong enough, there was simply no way to outrun the fire – not even on horseback.  Some other solution had to be found.

So it was that the settlers did the only thing that they could: they would light a match and burn a patch of ground as large as possible, but large enough to hold the family and their livestock (if they had time!).  Once that patch of ground was burned, the terrified family would huddle together in the center of the scorched earth and watch as the wildfire raged onward towards them.  As the fire reached the scorched earth, it found nothing to consume in the burned patch of ground and so the flames would simply “split” and move past the huddled family and animals, moving on its way, leaving the family behind, alive.

God’s Holy Word says that there is a wildfire coming – a wildfire of the Lord’s own making: And God will provide rest for you who are being persecuted and also for us when the Lord Jesus appears from heaven. He will come with his mighty angels, in flaming fire, bringing judgment on those who don’t know God and on those who refuse to obey the Good News of our Lord Jesus. – 2 Thessalonians 1:7-8 (NLT)  And again: The Lord is not slack concerning his promise, as some men count slackness; but is long-suffering to us-ward, not willing that any should perish, but that all should come to repentance. But the day of the Lord will come as a thief in the night; in the which the heavens shall pass away with a great noise, and the elements shall melt with fervent heat, the earth also and the works that are therein shall be burned up. – 2 Peter 3:9-10 (KJV)

Yes, the fire is coming.  No one will be able to outrun it. No one will be able to hide from it.  We need to find a safe place to stand when it happens so that we are not swept away.  The good news is that God created that safe place for us.  At the foot of the cross is the only patch of scorched earth where we can and will be safe.  Let us rush to the safety that God offers, for the fire may be much closer than we think.

Prayer: You are our Shelter, Lord Jesus.  At the foot of the cross we run to You for deliverance from the fire that is sweeping our way.  In Jesus’ name, Amen.