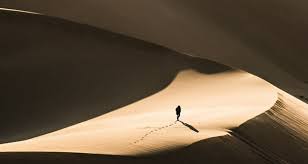 Matthew 21:28-32 (CSBBible) – What do you think? A man had two sons. He went to the first and said, ‘My son, go work in the vineyard today.’  He answered, ‘I don’t want to,’ but later he changed his mind and went. Then the man went to the other and said the same thing. ‘I will, sir,’ he answered, but he didn’t go. Which of the two did his father’s will?” They said, “The first.” Jesus said to them, “Truly I tell you, tax collectors and prostitutes are entering the kingdom of God before you.
For John came to you in the way of righteousness, and you didn’t believe him. Tax collectors and prostitutes did believe him; but you, when you saw it, didn’t even change your minds then and believe him.

What we see here are two sons. One is outwardly rebellious, much like the prodigal son in the parable by the same name. He shows no respect for his father, is arrogant and deceitful. He flatly refuses to his father’s face to go work in the vineyard.

The second son appears respectful and says he’ll go – but it was a lie – he never gets to the vineyard to work for the father.

In context, the first son was like the tax collectors and prostitutes – they initially may refuse the invitation to work for the Lord, but when they have a change of heart they do his bidding. The second son was representative of the religious leaders (think pastors and elders of our day) who say all the right things but then don’t do them.

Why is this so disturbing? Because my guess is that we all see ourselves as having said yes to Jesus’ calling, but have we really done what we say and sing we’ll do?  “All to Jesus I surrender..”  “Lord, you are my everything, the Lord of my life!”…but then is he really? What about when saying yes to him causes us to lose the favor and respect of others? What about when saying yes will cost us financially? What about when saying yes will cost you time and energy you feel you cannot spare? How many of  us sit in services, sing the songs and pat ourselves on the back thinking our relationship with the Father is so wonderful, but when called on to demonstrate in action and word that He truly is “everything to me”, pull back? So one huge question is: which son/daughter am I REALLY?

But there is a missing son here, too. The son who says yes and then goes immediately into the father’s vineyard and gets to work no matter what it costs. If you look high and low and try to find this son between the lines, but he’s not there. But he is. That son was the one who was telling the story. He is the son who, when the Father asked him to go work in his vineyard (the world) said, “Yes!” and immediately went regardless of the cost. That is the son/daughter we want to be like who says, “Here I am, father, send me!”

PRAYER: Help us be true sons and daughters who say yes and then go into the world just as the One who told this story long ago. In Jesus’ name, Amen