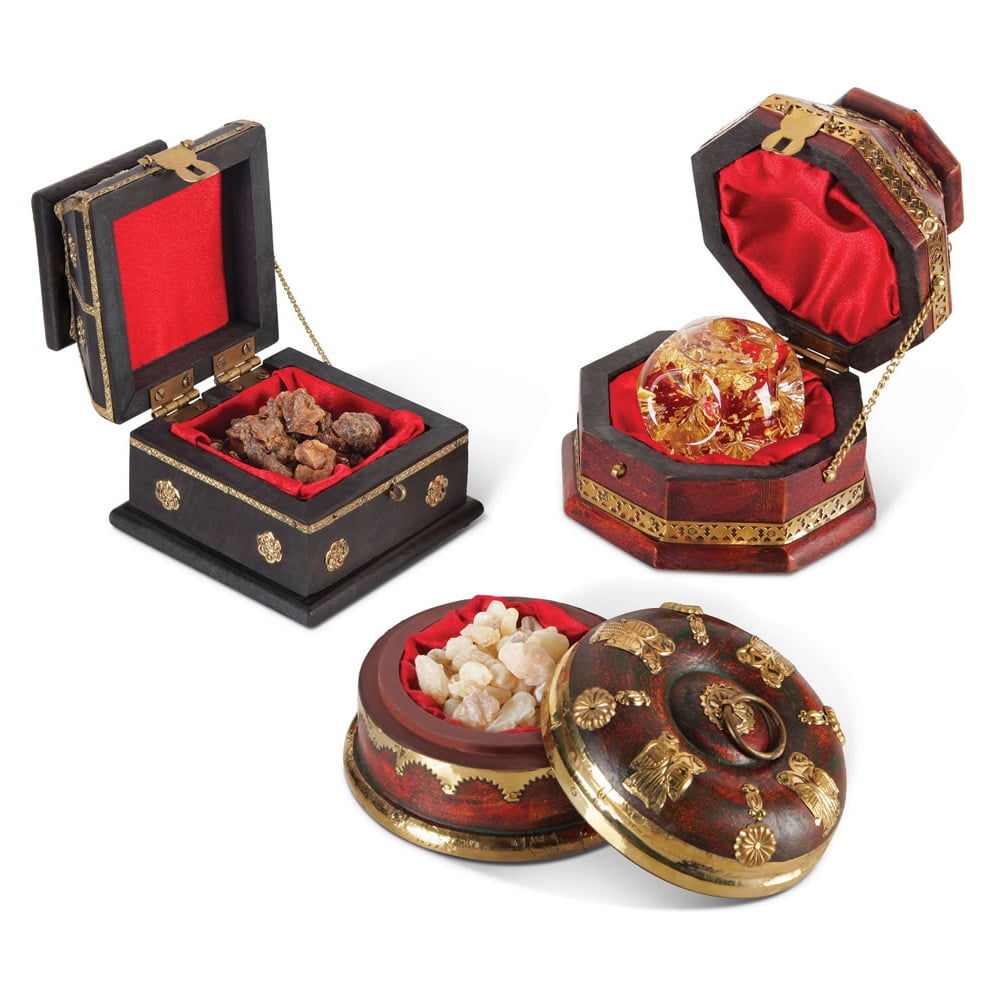 Matthew 2:11 (ESV) – And going into the house they saw the child with Mary his mother, and they fell down and worshiped him. Then, opening their treasures, they offered him gifts, gold and frankincense and myrrh.

Have you ever really thought about the three gifts (there may have been more, but those three are specifically mentioned)?

It is worth noting that these were not gifts like socks or a tie or a box of candy. They were “treasures” – treasures that belonged to those who brought them. That gives us an indication that these visitors from the east were wealthy personages. And unlike the socks you may get for Christmas this year, their gifts were treasures – valuable and costly.

The first one mentioned is gold. Gold was considered an appropriate gift for a king. Why did they bring gold? Because they knew that the one being born was a king – they’d told Herod as much. (And with Herod being as crazy and deranged as he was, that had to set him off on his desire to kill the newborns!) They brought a gift suitable for a king.

What about the frankincense? Frankincense was used in the temple worship as part of the incense that was burned that filled the place with a fragrant, pleasing smell. As the incense wafted upward, it represented the prayers of the people as they ascended as a gift for God. So, frankincense was thought to be a gift that was suitable for a god/God. Little do I think the magi really grasped this part of Immanuel.

That leaves us with the myrrh. Myrrh was used for various things, including the anointing of the bodies of those who died. While this gift foreshadowed the anointing of Jesus’ body after his crucifixion, there is perhaps an even more poignant point that we would do well to consider. Myrrh was also somewhat of a pain killer, an antiesthetic, if you please. Do you remember what the soldiers offered Jesus while he was on the cross? Vinegar mixed with “gall”…but what is that “gall”? Literally, it is myrrh. It wouldn’t kill much pain, but would take a tiny bit of the edge off and the Romans probably did it more in jest than out of compassion.

So, here’s the kicker: myrrh was gifted to Jesus at his birth, and it was used during his anointing for burial. But when he was on the cross, what did Jesus do when offered something to dull his pain? He refused it. Why? I don’t really know, but on Sunday, the preacher posited that it was because Jesus wanted to take the full brunt of the pain that was due to us so there would be none left for us to have to bear. He drank the “cup” that the Father gave him, but not the “cup” that the soldiers offered that could have made his suffering less.

This is an indicator of how much Jesus wanted to bear our pain, the pain we should have had to bear for our own sins. If that doesn’t make us appreciate him even more, perhaps nothing will.

PRAYER: Jesus, I am awestruck that you were willing to go to the cross and take the full agony of the pain due to me for my sin and failures. Make us all grateful this Christmas for your enormous gift and sacrifice! In Your name we pray, Amen.