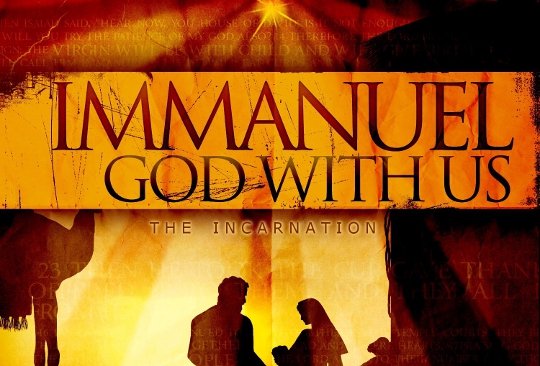 It was back in 1996 that Joan Osborne released a pop song that hit the charts.  What was unique about this song was the question it kept posing: what difference would it make if God were one of us, “just a slob like one of us” is how she put it.  There were those, myself included, who at the time thought this was at the very least bordering on the sacrilegious.  Then I realized that many, including his family and neighbors, thought Jesus was sacrilegious.  They couldn’t come to grips with Jesus’ claims to be the Divine Son of God.  They couldn’t reconcile their memories this runny-nosed boy that they remembered from his childhood with the picture they had of God as “one of us.”

There was reason that they struggled to accept it.  It all started out with rumors of his parentage, of family members who believed he was insane.  They struggled to believe that if he were truly God, that people would have rejected him – especially the religious leaders who should be able to recognize God if he did, indeed, appear in our midst.  The crucifixion, of course, sealed it for others – no righteous man, let alone God, would die on a tree as a criminal.

Joan Osborne wasn’t the first to struggle with the dilemma.  St. Augustine put it in more beautiful prose when he said “Man’s maker was made man the He, Ruler of the stars, might nurse at His mother’s breast; that the Bread might hunger, the Fountain thirst, the Light sleep, the Way be tired on its journey; that Truth might be accused of false witnesses, the Teacher be beaten with whips, the Foundation be suspended on wood; that Strength might grow weak; that the Healer might be wounded; that Life might die.”

Ms. Osborne, I’ve got news for you.  God did become a “slob like one of us” in the sense that He totally and completely entered into our existence and our experience.  He immersed Himself in it and drank it to the dregs.  If you want to know what it would be like if God became one of us, look at Jesus.

PRAYER: Our Great High Priest, thank you for identifying yourself with us, for bearing not only your own griefs, but ours, too.  You are beautiful!  In Jesus’ name, Amen.